Lost but won by himself | Inspirational Story

Lost but Won By Himself | Lost won himself |

Friends, today you will know how important it is to win yourself, if you can win yourself, then life will always give you what you wanted, by the way, we say that in one day I will become an engineer in becoming a doctor, I have to give NEET paper and In that topper has to come, just once we fail in neet then we say no, I won't, why won't you, if you want, it will be what you want, people are often not successful in the beginning, but on their hard work again and again. They become successful one day, you read the biography of big people, you will know that often all the successful people are not successful in the beginning, they have got success due to their hard work again and again.

Even if you win in front of the world and you consider yourself to be a loser, then you have not won, when you will win, when you consider yourself to be victorious in yourself, then it does not matter that you are a loser in the eyes of the world. Or let's live, today I will tell you a small story that you have lost but won by yourself, but before that you should know that life is not as easy as we and you understand, so no matter how difficult the situation is. Yes, you will not lose by yourself, you always have to win yourself and not lose, let us know that you lost but won by yourself. 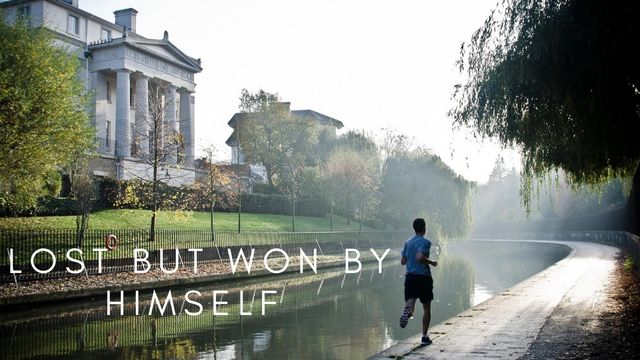 There was a boy, he loved running and he also liked taking part in races and he had also participated in many races, but he did not complete any race at all, one day he thought that whatever happens today I have to complete this race, now he again took part in the race and started running, the boys participating in all the races were overtaking him, now that boy stopped running and he was very tired and he said to himself that If I am not being run at this time, then I can walk slowly, he did the same, he started moving slowly and now he was so tired that he fell down, he told himself that today I should somehow do this race. He got up very hard and started walking staggeringly and he had completed that race today, he was lost in the public eye because he completed that race last but he had won in his own eyes. Because today he completed a race for the first time in his life.

And today he was glad that I lost but won by myself.

There are difficulties in life, but it does not mean that you should be afraid of those troubles and leave your work, believe me, your small efforts show you the way to success, as you have read, you have lost but won by yourself. In .