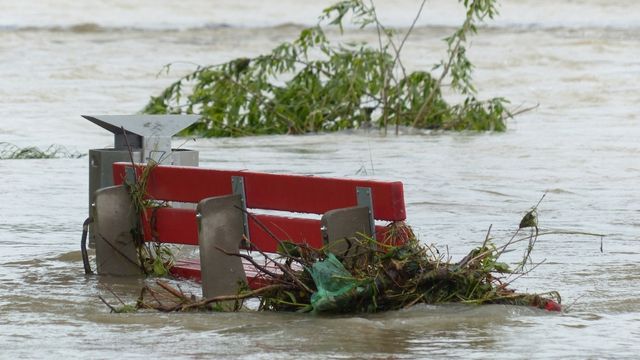 The situation in Pakistan has become very bad, Pakistan is sinking because many areas of Pakistan have been flooded due to heavy rains, which is very serious. Agriculture sector accounts for 23 percent of Pakistan's Gross Domestic Product (GDP). Due to the severe impact of this sector due to floods, it is believed that there is bound to be a deep impact on the economy.

There has been a lot of damage to the cotton crop. In the last financial year, 80 lakh bales of cotton were produced. But this year its crop has suffered a lot due to heavy rains in Sindh. which is a huge loss

The floods in Pakistan have proved to be so dangerous that due to the floods in Pakistan, almost half of Pakistan's part has been submerged, which is very painful and is not less than any havoc, Pakistan's Home Minister Rana Sanaullah on Saturday, 27 August It is said that the Pakistani army is being called under Article 245 of the Constitution of Pakistan, which will help the people, this is the most dangerous and terrible flood in Pakistan in the last few years.

According to the National Disaster Management Authority (NDMA), 982 people have died in Pakistan due to floods and 45 people have lost their lives in the last 24 hours, according to NDMA, 1456 people are injured in the last 24 hours According to NDMA, 3161 km Roads have been damaged, 149 bridges have been washed away and 6,82,139 houses have been partially or completely damaged. and there are more than 57 lakh people in 110 districts who have nothing to eat and live